If you’ve ever walked down an aisle in a supermarket and looked at all the products on the shelf, you’ll notice that there’s always a number of products offering something extra on their packaging. From a free sample to a luxury holiday, products are doing more and more to get consumer’s attention and to stand out on the shelf.

In a more competitive environment than ever, companies know that their products must remain attractive to both existing customers as well as new customers. It’s no longer enough to simply have some sort of money-off offer, products need to do more to draw consumers in to make a purchase.

That’s where on-pack promotions come in. Upselling the product to include the opportunity to get something for free or to win something with far more value than the product itself, it's sales activation tactics like these that are helping drive sales for brands and success for shopper marketing teams. 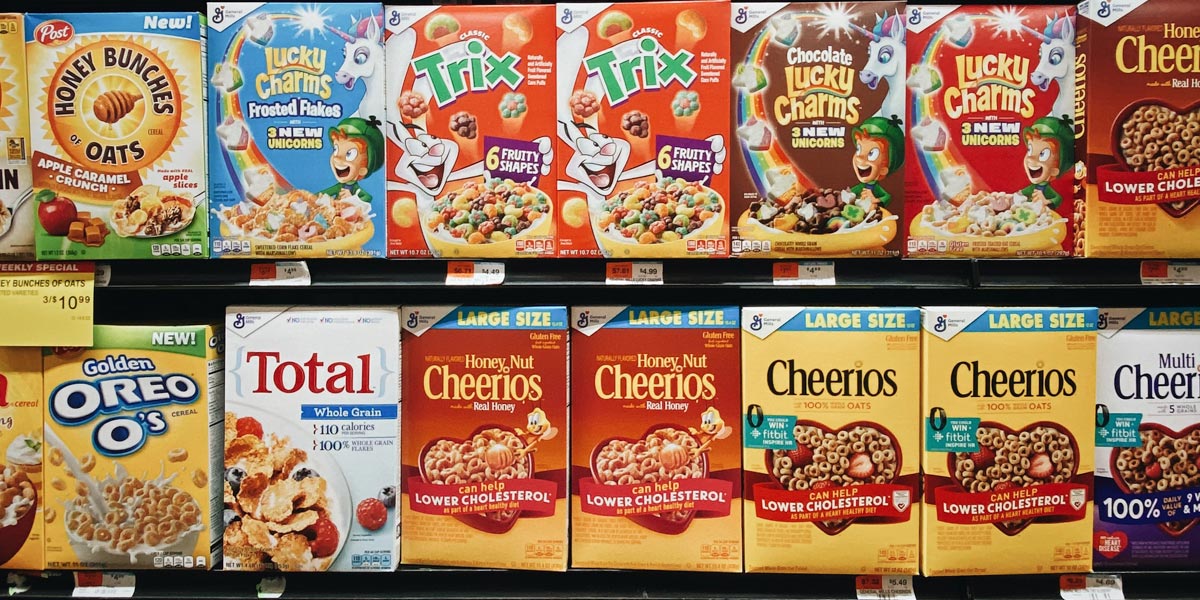 What is an on-pack promotion?

An on-pack promotion is something additional like savings, a free sample or a competition advertised on the standard packaging of a product, usually accompanied with a marketing campaign.

An example may be a ‘try for free’ campaign where a new product in the range will refund customers after they have made a purchase and submitted their receipt.

Another option would be to run a competition where unique codes are printed inside the packaging somewhere, with the customer then going to a specially built website to input those codes and randomly selected codes, or more typically a 'winning moment', wins a prize.

The options are almost endless but all share the same goal: To generate more awareness and sales by offering something other products are not.

An on-pack promotion on it’s own is great, and when a customer is stood in front of the shelf, a product with an on-pack promotion will certainly stand out from products that don’t have a promotion. But with a lot of customers shopping online, this advantage can soon be lost.

That’s why along with the packaging itself, an on-pack promotion must be backed up with a larger marketing campaign in order to generate awareness. This can range from as simple as social media advertising to full-on TV campaigns. The size of the marketing generally varies depending on the company’s budget and the overall cost of the prize on offer.

It’s important to note that some maths is required behind every on-pack campaign. If a company is offering a holiday that is worth £5,000 and the marketing behind the campaign is another £50,000, the promotion must generate an uplift in sales gross profit of at least an additional £55,000 on top of their usual sales just to break even.

Of course the upside to on-pack promotions is awareness, even customers that don’t necessary win are more likely to switch to this new brand after trying it out with their initial purchase, which was mainly fuelled by the on-pack promo.

As things start to scale up however, it’s important that the numbers work to ensure that an on-pack promotional campaign will actually be successful and generate more sales for the duration of the campaign but also beyond by increasing audience share.

When to run an on-pack promotion?

This can vary depending on the product, audience and placement. In general there isn’t any one time of the year that’s better to run an on-pack promotion, but of course being strategic with timing can have its advantages.

Major sponsors of sporting events may wait until leagues kick off in order to launch their on-pack promotion. With such a large presence of the brand combined with an on-pack promotional campaign, customers are more likely to be exposed to the brand.

Another great time to launch an on-pack promotional campaign is combined with a new product launch. Customers can be wary of new products, often choosing to stick with that they know, so companies can decide to include an on-pack promotion with their launch in order to entice their audience to try something new, and if they do, they could be rewarded.

How much does an on-pack promotion cost?

On-pack promotions can vary massively in cost and really depend on the nature of the product, the audience and what’s on offer. There’s the overall campaign message to think about, the prizes on offer, the marketing campaign, the logistics, and of course the end-to-end digital technology we provide.

Companies like Promotions Interactive are partner agencies of choice that work with either the brand directly or the chosen marketing agency of a brand in order to assist with the areas a regular marketing team would not have the specialist skills, in-house resource or quick turnaround capacity.

A good example is the promotional websites required for users to enter codes in order to see if they have won a prize and the technology behind those. Receipt robotics that uses technology to read receipts and anything else that is fundamental to the campaign working are all also important to take into consideration.

Some companies may run a single on-pack promotion every couple of years and this cost could be enough to see sales success for a long time to come. Others keep their products fresh by creating on-pack promotions regularly or across their ranges.

There is no real set cost of an on-pack promotion, only that it usually works inline with the brands budget and the aforementioned calculations based on what that company thinks the value of an on-pack promotion is to their profits. We have supported shopper marketing promotions that have generated many millions of attributable sales.

How does an on-pack promotion work?

First, a company must identify a need for an on-pack promotion. As mentioned this could be to help launch a new product, to compliment an existing sponsorship or to simply see an increase in sales.

Once this need has been identified, the company must then create a campaign to entice customers. A giveaway is nice and easy, but these days it’s important to be creative and to add an element of fun to the whole competition, such as digital game interactivity or an augmented selfie.

After the campaign has been established, prizes that align with the target audience must be chosen. Doritos for example gave away a number of Playstations as they recognised their target audience would be excited by games consoles. This is really unique to each brand and their products.

Then, either an internal or external marketing team would get to work on the visuals including adjusting the standard packaging and all the complimentary marketing materials.

At this point, the brand would also appoint an expert agency such as Promotions Interactive for their advice and to also take care of the technical side of things. The technologies behind such campaigns must be robust, must stop any form of fraud being committed and must be easy for the customer to use.

Once a promotional website or app has been built and tested, the campaign is then ready for launch. All of this often needs to come together quickly in weeks, not months; and the live deadline can not slip due to promotional short terms printed on-pack.

Speak to the experts

An on-pack promotional campaign is an excellent way to retain existing customers while also expanding your audience. When your product is offering something extra and your competitors aren’t, it’s an easy choice for your audience to choose your product over anyone else.

With a wealth of experience in not just on-pack promotions but promotional campaigns in general, Promotions Interactive is the partner agency of choice for many of the world’s biggest brands.

If you’re thinking about your own on-pack promotional campaign or are looking for a partner agency to team up with for any other promotion, we’d love to hear from you.

Get in touch today for a friendly chat about how Promotions Interactive can help.

We’re happy to answer any of your questions or to tell you more about what we do and how we could support your next promotional campaign.

Thank you! Your submission has been received!
Oops! Something went wrong while submitting the form.